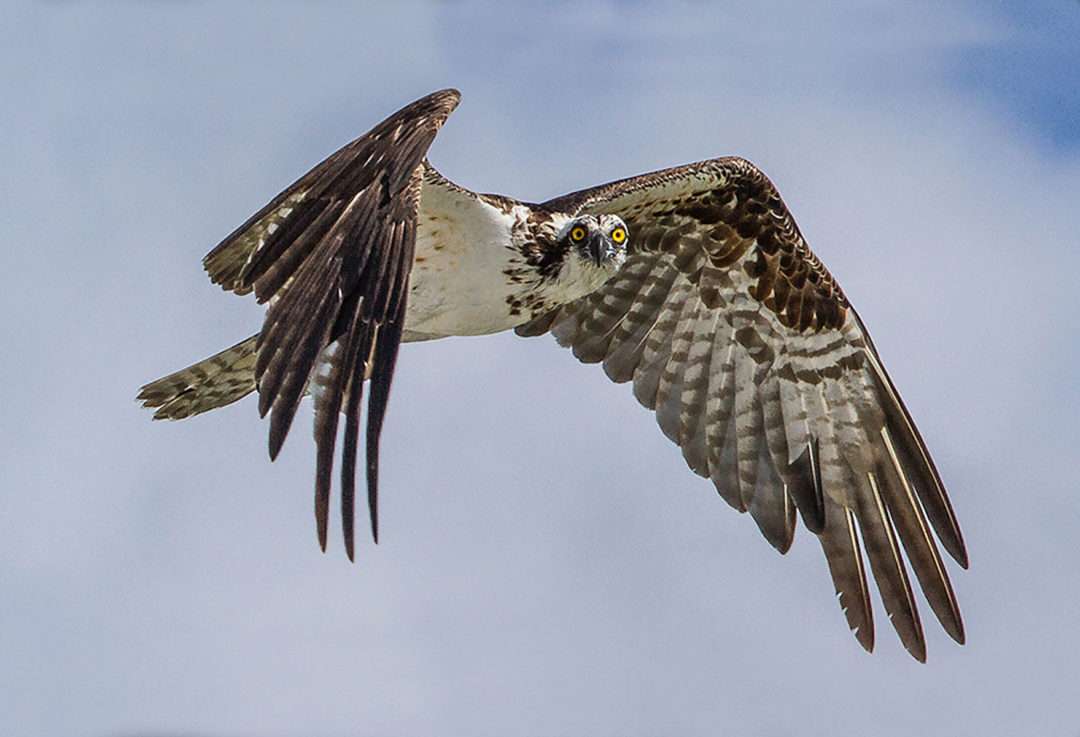 The estuary is also part of the North Atlantic flyway and 20 species of waterfowl, 27 species of shorebirds, and 13 species of wading birds use the bay as a wintering area or migratory stopover. Winter waterfowl counts at Great Bay average 5,000 birds annually, with black ducks being the most prominent species. Over eighty percent of all waterfowl that winter in New Hampshire’s coastal areas are found in Great Bay.

Home to several endangered and threatened bird species, the Bay supports a large winter population of bald eagles.  There are several area Osprey nests including the GBDC, Adam’s Point, and the Community Wildlife Garden. In addition, Great Bay is recognized by Audubon as an Important Bird Area (IBS).